This issue aims to scrutinize both the epistemological and aesthetic potential of the notion of ‘microperformativity’. The concept denotes a current trend in theories of performativity and performative artistic practices to destabilize human scales (both spatial and temporal) as the dominant plane of reference and to emphasize biological and technological micro-agencies that relate the invisibility of the microscopic to the incomprehensibility of the macroscopic. Investigations into microperformativity redefine what art, philosophy and the technosciences actually consider a ‘body’ today, in times when performance art shifts towards generalized and pervasive performativity in art. Microperformative positions enquire how artistic methods can engage critically with technologies that exploit life on a microscopic and molecular level to merge bio- and digital media, including for global capitalization. How can performative art and discourses inform these processes to think biopolitics and necropolitics in relation to the dystopia of economy and the utopia of ecology alike? This issue contains contributions on biotechnological performances, physiological processes and micro-gestures, traditional rituals and techniques of craft, on microperformativity seen through the lens of the natural sciences, as well as in economics in times of algorithmic finance and high frequency trading. 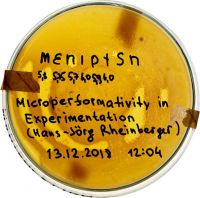 This issue considers hybridity in relation to performance, in particular the making, reception and study of performance as practices that emerge from heterogeneous sources, as well as the performative operation of hybridity in historical, cultural and political contexts. The term has a rich narrative, from roots in agriculture to applications in animal husbandry and metallurgy. It took on racialized overtones when it overlapped with the history of imperialism and slavery. In the twentieth century, hybridity became associated with subjectivity and identity, eventually leading to notions of cultural hybridity. Currently, hybridity has taken yet another inflection in light of technology, where to be human entails an ever-complex entanglement with non-human materiality. This issue is based on the belief that a reconsideration of hybridity is timely because of its application across so many diverse fields and that performance, in reflecting and influencing human activity, is strategically placed to conduct such a reappraisal. Accordingly, it explores the intersections between hybridity and performance as the coming together of performer and environment, materials and practitioners, performance and reception, event and analysis. 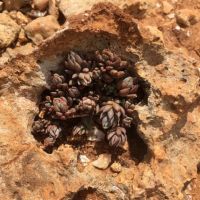 ‘On Diffraction’ is an invitation to explore the nuanced performativities of the quantum world in and for performance studies. This issue responds to Haraway and Barad’s call for creating urgent, new ways of thinking about the performance and performativity of phenomena that we often take for granted—the world of atoms and photons, waves and wavelengths, microbes and microscopes—that extend beyond human-centred ways of performing the world, in all its vibrancy. We will foreground the spooky, dynamic and subtle ways that diffraction impacts on our understanding of how matter comes to matter—on how all things emerge out of tiny indeterminacies that shape us and the world we live in. At the heart of this issue lies the redefining of political response-ability: how we might go about creating new, critical and performance-based investigations into what it is to perform and be performed within an entanglement of non/human agencies. 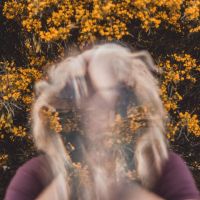